There are twelve squares on the quilt I'm mending.  I have so far finished repairing three of them.  At this rate, I certainly won't finish by the end of the week.  I'm not very fast at hand-sewing.  Still, I'm glad to be making progress! The Pig: there's obviously a piece missing where his ear should be.  I'm going to have to figure out the proper pig ear shape to replace it. Any ideas what that shape should be? 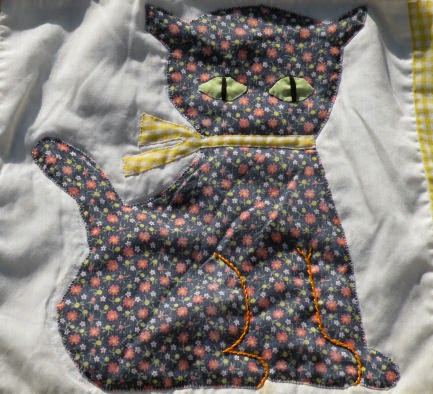 The Cat: In addition to re-stitching the applique to the quilt square, I replaced the embroidery on the legs and eyes. You could see where it had been 'cause the fabric was less faded there.  Sadly, my embroidery skills just aren't as marvelous as Grandma's! 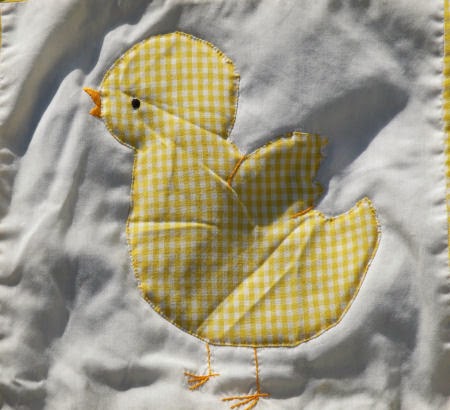 The Chick: All the embroidered bits were still intact for this one.  I just had to stitch down the applique piece again.

I also sewed buttons on two sweaters that I knitted last year (while pregnant) and put snaps on a little dress that used to have buttons.  I'll take pictures of them tonight and show you tomorrow!
Posted by Christephi at 3:33 PM