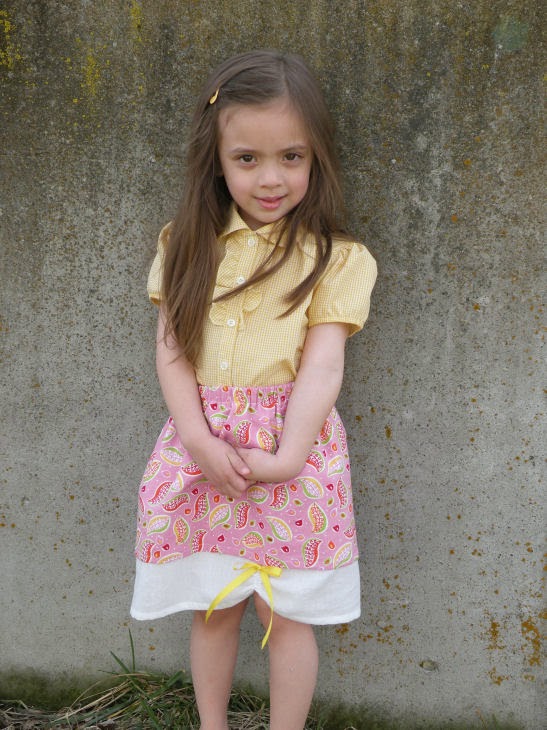 It looks like I finished this up just in time for Miss M to enjoy today's beautiful spring weather!  I joined Sandra at Sugar Cubes and Spice Cake for a sew-a-long (although I fell behind working on a quilt for the kids' room instead).  The sew-a-long was helpful and loads of fun! I really enjoy seeing other people's execution of the same pattern. 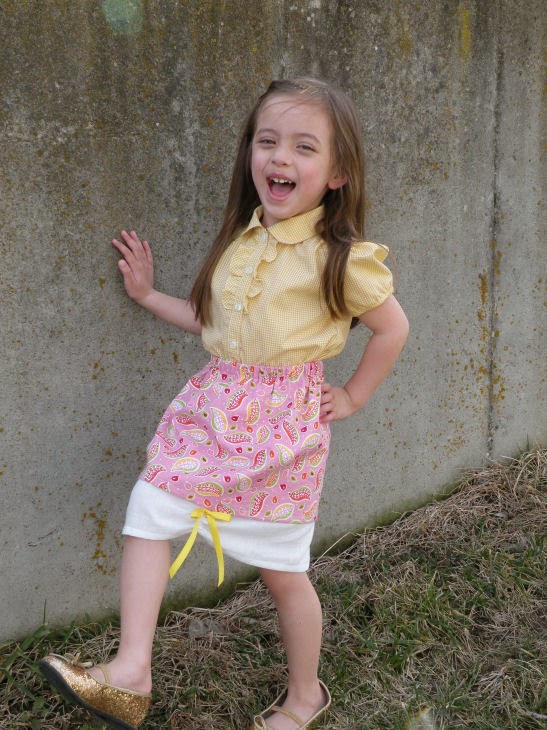 Being the overachiever that I am, I decided to do two simultaneously. Hubby picked out the butterfly fabric from my stash (I purchased it at Tall Mouse when Miss M was less than a year old!).  The yellow gingham was a high thread-count men's shirt. I had to do some creative cutting to get all the pieces cut out.  I'll tell you a secret: the underside of the collar is pieced together since I couldn't quite fit everything! 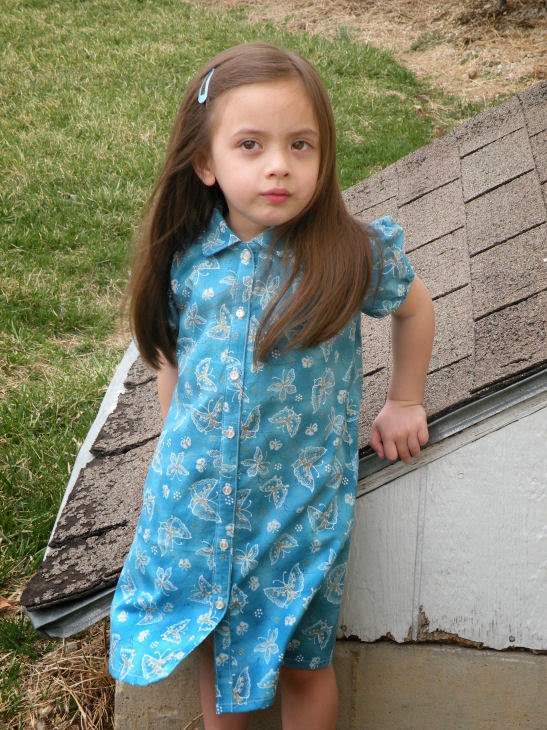 The pattern is from Ottobre 1/2010, #15.  I made the yellow one exactly as directed, and the only things I changed on the other one was lengthening it to just below the knee and leaving off the frill. 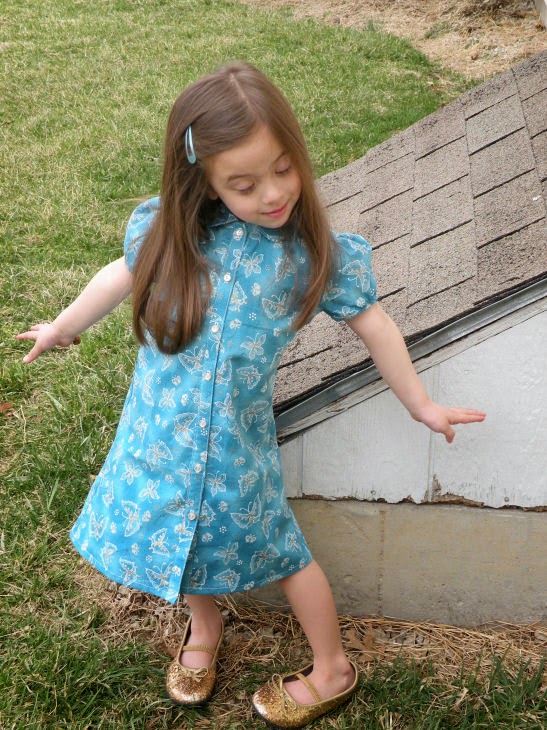 To be perfectly honest, the sew along came at a difficult personal time. My younger brother was admitted to the hospital for the third time in a year. He is suffering from pancreatitis due to chronic alcoholism. He was in the hospital a week going through alcohol withdrawal. All the while, I suffered midgrade depression resulting in part from feeling of helplessness and fear for his well-being. I'm glad I agreed to participate in the sew along because I needed that focus and something to do with my hands.  It was quite therapeutic!
Posted by Christephi at 3:06 PM