{Book} Review: M is for Manger 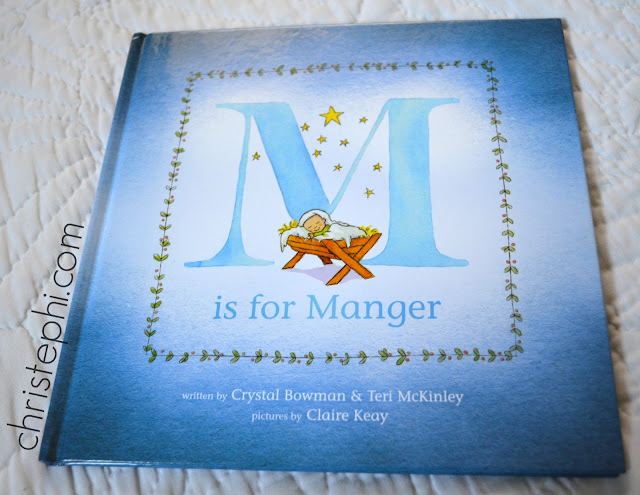 Every year we add at least one new book to our Christmas book collection.  This year it was this book, M is for Manger, by Crystal Bowman and Teri McKinley. It's almost too young for my kids, but then, are you ever really too old for sweet rhymes and gorgeous illustrations? 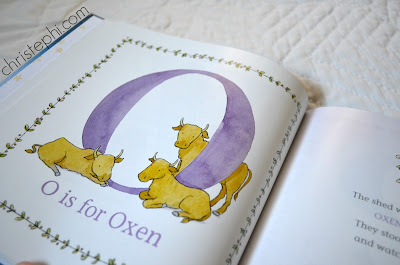 Travel through the alphabet with this beautiful rhyming storybook that tells the story of Jesus’ birth. Begin with the angel who tells Mary that she is God’s chosen vessel and follow along until you reach the zillions of stars that paled in comparison to the star that announced the birthplace of the newborn King. Beautifully illustrated and written, this book will be a classic for parents to read to their children every Christmas season.

M is for Manger is a very sweet book for children ages 2 to 7 or so.  It's not a board book, so be careful with kids younger than 2.  My copy is a beautiful hardback book with the most gorgeous illustrations, one for each letter of the alphabet.  My 9-year-old read it to herself and about halfway through she stopped and said, "I wonder what they'll do for X!?"  She was pleased when she got to it. (Don't worry, I won't spoil the surprise!) 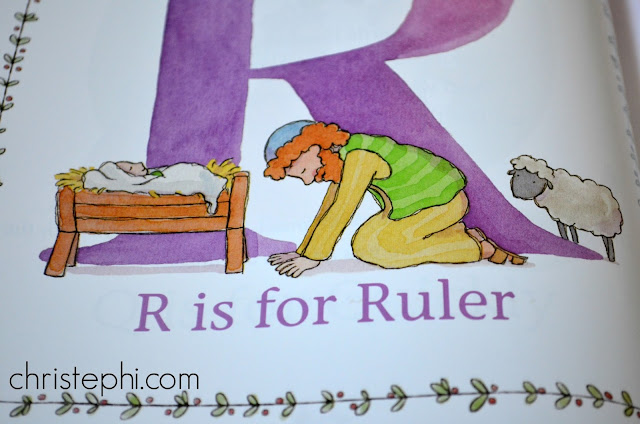 The book tells the true story of Christmas one letter at a time.  The poetry is sweet, but it's the illustrations that really make this book. I'm a sucker for gorgeous artwork in kids books!  In fact, I loved the artwork so much that I looked up the illustrator online. Her website doesn't seem to work, but I found her on Twitter @claire_keay.  (To be honest, I was hoping I would find out how to pronounce her last name!)

This probably won't be on my top ten list of favorite Christmas books, but it is a sweet one to add to your Christmas library especially if you already own most of the well-known classics.

Posted by Christephi at 1:32 PM No comments:

A couple of weeks ago I received a special offer from the Tyndale Blog Network to review their new Illustrated Study Bible.  I immediately shot back a response saying of course I was interested in reviewing it! Have I ever mentioned how much I love color? This seems to have been a theme in my life lately. Life is too short to be monochromatic!

When the package arrived containing my new Illustrated Study Bible, I was not disappointed. Full color photos, illustrations, infographics, and maps throughout the book bring the text to life! 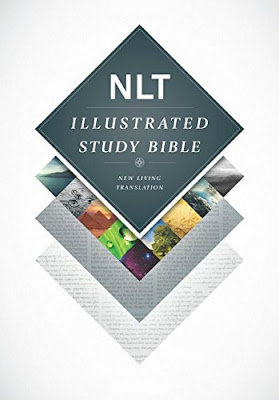 The Illustrated Study Bible integrates background material, study notes, and themed articles into a single volume so you can better understand as you study the Holy Scriptures.  The intent is to open your eyes to the living, powerful message of God's Word.

Not everyone is an academic. Not everyone can easily read and understand the traditional text of the King James Bible with its unusual vocabulary and outdated sentence structure. And not everyone has time to hone their academic skills just so they can study the Bible. (Do you want to study grammar? or do you want to study the Bible?)  The text of the New Living Translation makes reading and understanding the Word of God easy. This is not a paraphrase; it is a carefully translated Bible that presents the meaning of the original text in clear modern English so every regular joe on the street can understand it.

This Bible could be very useful in the homeschool setting too. Many of the articles and study notes address questions that come up when reading Scripture with my children -- the portion on Plagues of Egypt, for example, will be very helpful in teaching how each plague was specifically targeting one of Egypt's objects of worship. The maps of Paul's missionary journeys are some of the most beautiful I've ever seen. I love maps!

Find it from the publisher here or on Amazon.  I was given a free copy of this book in exchange for my honest opinion.  The FTC requires that I disclose this information, but it in no way changes my expressed opinion and I wasn't required to give a good review.

Posted by Christephi at 12:28 AM No comments: 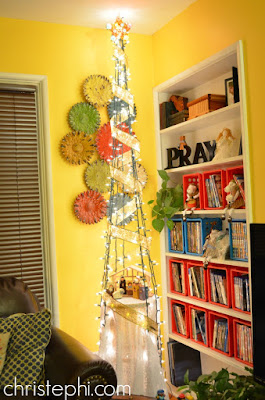 Now in those days a decree went out from Caesar Augustus, that a census be taken of all the inhabited earth. This was the first census taken while Quirinius was governor of Syria.

We like to idealize the past, our perfect carefree childhood Christmases, the sweet baby Jesus bundled up in a manger with cute little sheep complacently peeking at Him on the hay.  But the truth is the world Jesus was born into was just as chaotic and scary as the one we're living in today. 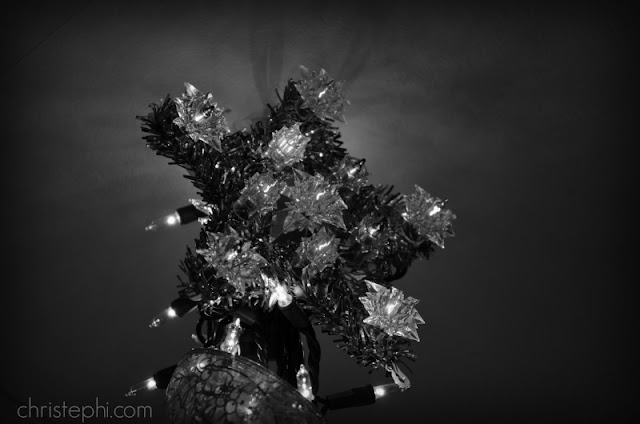 And everyone was on his way to register for the census, each to his own city. Joseph also went up from Galilee, from the city of Nazareth, to Judea, to the city of David which is called Bethlehem, because he was of the house and family of David, in order to register along with Mary, who was engaged to him, and was with child.

Things were not picture perfect for Mary and Joseph.  They were dealing with some very tough, even life threatening, situations.  Mary was pregnant before marriage -- a potential death sentence.  The government was making Joseph join throngs of other travelers to go back to his hometown for the census, with a pregnant young woman in tow.  This was not only majorly inconvenient timing, but was a heavy risk to her health and safety, and that of the child within. 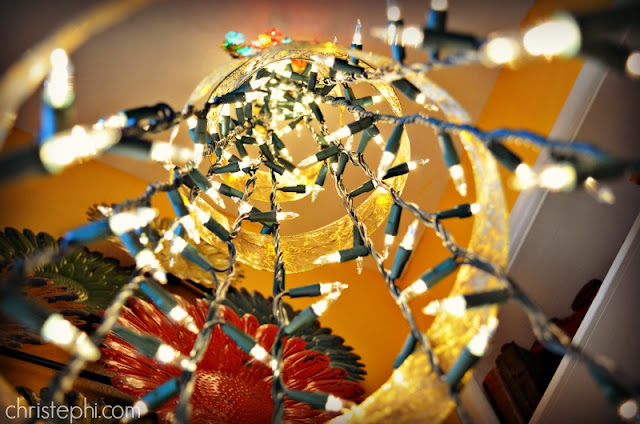 While they were there, the days were completed for her to give birth. And she gave birth to her firstborn son; and she wrapped Him in cloths, and laid Him in a manger, because there was no room for them in the inn.

Sometimes you just have to do the best with what you have.  Mary gave birth in a stable.  I imagine the conditions were less than sanitary.  She put Jesus to bed in the animal's food bin; it's what she had. 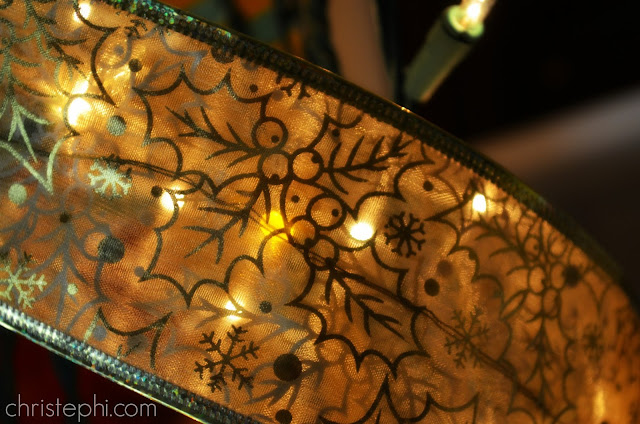 In a perfect world everyone would have enough all year long with a little extra at Christmastime.  In a perfect world we could keep family traditions alive without concern for the added cost.  But this world is not perfect, and sometimes we just make do with what we have.

This year there was no room in our budget for a Christmas tree.  Our bin of Christmas tree ornaments will not be brought up from the basement this year. There will be no joyous exclamations from the children declaring their remembrance of certain ornaments as each is unwrapped one by one to be displayed for the season.  Instead, we will make do with what we have and create new traditions and make new memories.  A wooden bar stool, a snowflake patterned sheer tablecloth, and a few strings of lights will be transformed from mundane into something magical.  The stage is set for the tales to be told of wise men from afar and shepherds regaled with music from above. 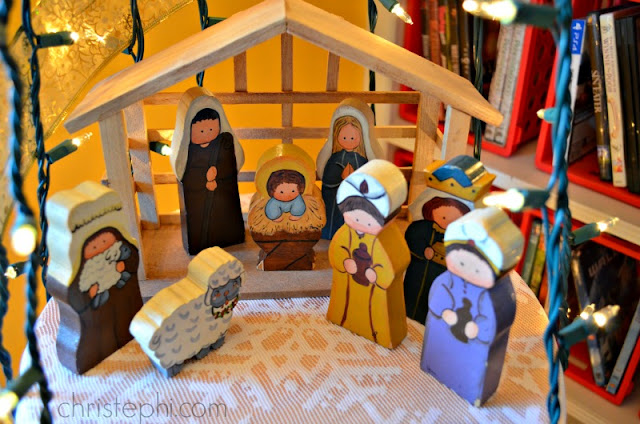 For a child is born to us, a son is given to us. The government will rest on his shoulders. And he will be called: Wonderful Counselor, Mighty God, Everlasting Father, Prince of Peace. His government and its peace will never end. He will rule with fairness and justice from the throne of his ancestor David for all eternity.

The world isn't going to stop being a scary place just because it's Christmas. We won't all become millionaires over night.  But this message of peace brings hope to the fearful; it brings light to the lost.  Because of this promise, we can celebrate this Christmas even though the world is chaotic and scary. We celebrate the promise of peace that will never end, peace on earth! 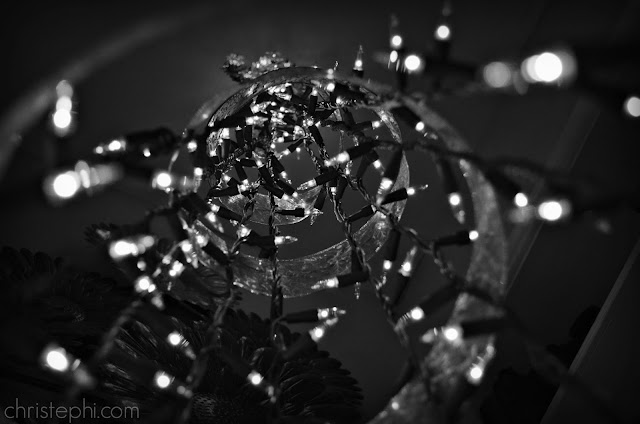 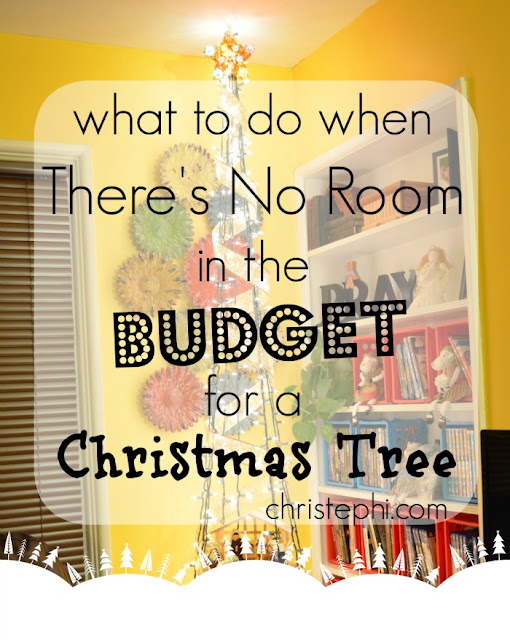 Posted by Christephi at 2:48 PM No comments:

{Book} Review: The Carols of Christmas by Andrew Gant 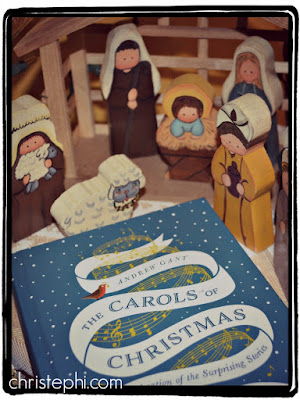 Now that Thanksgiving is over, it is socially acceptable to turn our attention to Christmas. (That's how it works, right?)  Don't tell, but I've been in "Christmas mode" since quite a while before Thanksgiving.  This year I'm heading up a casual chorus of Christmas carolers.  Because of that, I've had Christmas carols on the brain since early October!  There couldn't be any better timing for a book about the stories behind our most beloved Christmas carols.


From Oxford professor and renowned British composer, a joyous account of the history behind our favorite carols.

Everyone loves a carol in the end, even Ebenezer Scrooge. They have the power to summon up a special kind of mid-winter mood, like the aroma of gingerbread or the twinkle of lights on a tree. It's a kind of magic.

But how did they get that magic? Andrew Gant choirmaster, church musician, university professor, and writer tells the story of twenty of our favorite carols, each accompanied by lyrics and music, unraveling a captivating, and often surprising, tale of great musicians and thinkers, saints and pagans, shepherd boys and choirboys. Readers get to delve into the history such favorites as "Good King Wenceslas," "Away in a Manger," and "O, Tannenbaum," discovering along the way how "Hark, the Herald Angels Sing" came to replace "Hark, how all the welkin' ring" and how Ralph Vaughan Williams applied the tune of an English folk song about a dead ox to a poem by a nineteenth century American pilgrim to make "O Little Town of Bethlehem." 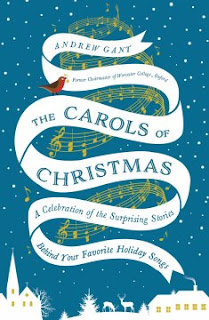 A charming book that brims with anecdote, expert knowledge, and Christmas spirit, this is a fittingly joyous account of one of the best-loved musical traditions.

My first impression of this book was the unique flavor of humor British author Andrew Gant brought to his work, and secondly, how steeped in the material Gant clearly is.  The former adds to the pleasure of the read, but the latter detracts from it.  Of course it is wonderful to have someone who knows so much about the material share his knowledge, but so many references he makes in the course of telling the tales of these carols go completely over my head.  Perhaps, if one of his fellow countrymen read the book and came from the same cultural background, more of the references would hit home.

Writing style aside, the content of this book is utterly charming. I am not only a lover of Christmas carols, but a lover of history.  I really enjoyed being able to dig into the story behind some of our most beloved Christmas carols.  Did you know that a poem by the Anglo-Saxon poet Cynewulf written more than twelve centuries ago became the song we know as "O Come, O Come, Emmanuel"? And it was this same poem that inspired J.R.R. Tolkein with the imagery and names for Earendel and Middle Earth?  Fascinating, right?  This book would make a nice present for any history buff on your list.

Posted by Christephi at 2:40 AM No comments: