Creation to the Greeks: Week 5

We made it to Week 5! This is significant because our whole year is blocked off in five week chunks with a break between each one.  So after this week, we have a whole week off.  A much needed week off, I might add.  And not because we aren't liking the curriculum.  Just the opposite!  We are having so much fun in school that the housework is suffering.  Not the worst problem to have, but I'm still glad to have a whole week to catch up on things. (And maybe even sew something!) 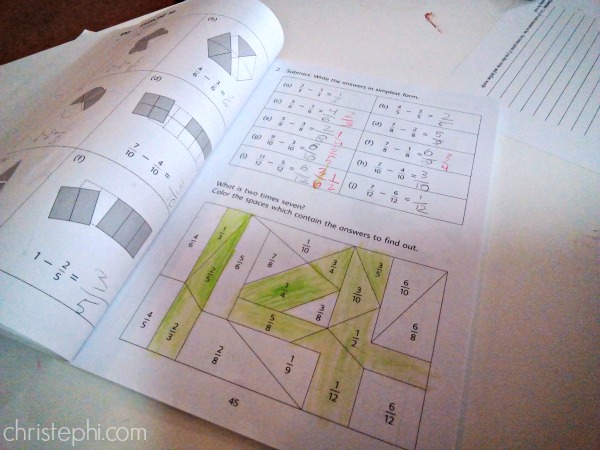 Miss M worked all week on finding equivalent fractions, adding like and related fractions, and reducing fractions to their simplest form.  She couldn't understand why she had to express each answer in its simplest form, so I turned to the helpful ladies in My Father's World Facebook group for some good reasons to satisfy her questioning.  The main reasons given had to do with preparing for higher level math, practicality in real-life situations (especially in the kitchen!), and ease of use in subsequent operations.  She seemed satisfied with these answers. 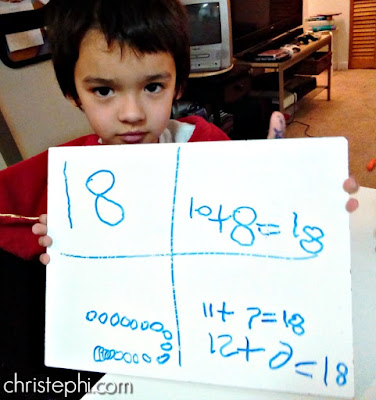 Mister E worked on math this week too! He has been playing Fruit Ninja Academy and has been memorizing his addition facts up to twenty with it.  He practiced expanded notion and wrote some equations too. Everyone was proud of his persistence in practicing the numeral 8.  He only just recently got the hang of how to write them properly! (Never mind the backwards 6...it's a work in progress).

We continued our investigation of pyramids and mummies this week.  We set up an ongoing experiment related to mummies to find out about decay.  We put a regular piece of bread in a bag, a toasted piece in another bag, and a piece smeared with antibiotic ointment in a third bag.  This will probably be the first time I'm hoping to see mold on a piece of bread.  I used homemade bread, so I don't anticipate any problems getting mold to grow, unlike other mamas who have complained they couldn't get mold to grow no matter how long they let their store-bought bread sit and wait! 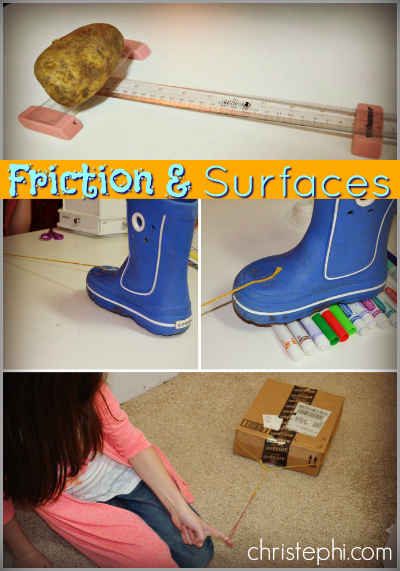 Next we investigated friction, surfaces, and some simple machines that make moving things a bit easier.  Building the pyramids was a mighty task, many times taking a couple decades to complete, and the Egyptians didn't have modern construction equipment like we do today! 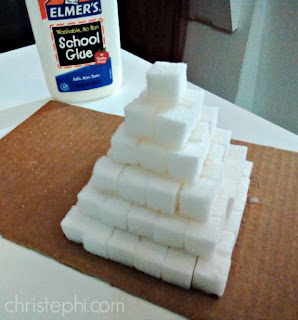 Some sugar cubes and a bottle of school glue were transformed into a sweet little step pyramid.  After building it, Miss M went and built another pyramid in Minecraft.  She put an inlaid sarcophagus inside and inscribed it with "hieroglyphics" on a sign. 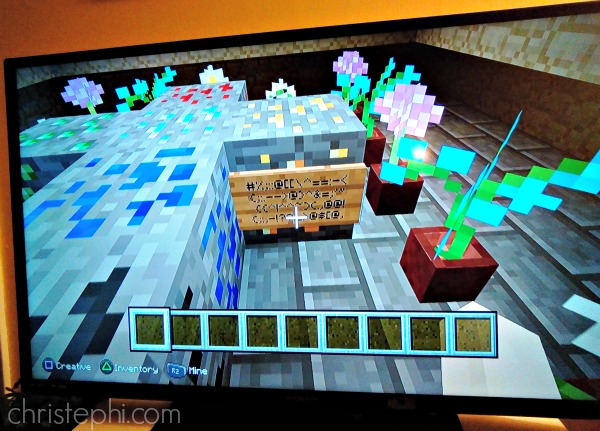 Throughout the week we worked little by little on our indoor sukkah.  Sukkoth is usually celebrated in the fall -- this year it's on October 18th -- so our celebration is a bit out of season.  And since it's the dead of winter, it wouldn't really work out to build a booth outdoors.  So, we improvised!  I pinned up a mesh bed canopy and the kids decorated it with leafy garlands.  Then I added some white lights above it to simulate the stars at night.  The kids loved it and begged to be allowed to sleep in it overnight. (Which hasn't happened yet, but I expect will before we take it down). 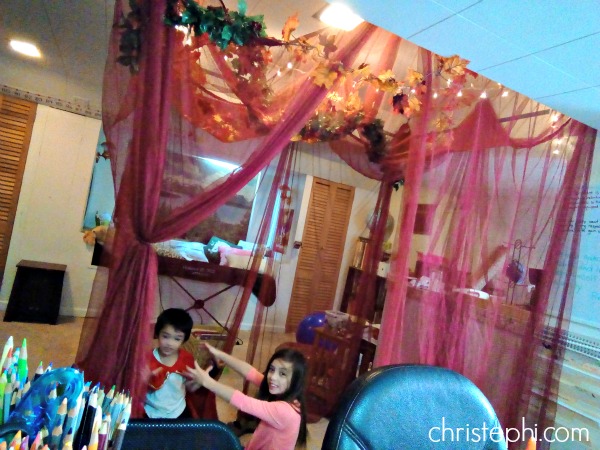 Another benchmark this week was Mister E completing his first ever copywork assignment. I was so proud! He worked very hard over the course of two days with a wonderful attitude.  Honestly, I expected this to be a struggle, but he seemed to really enjoy "big kid work."  I only required him to focus on it for 10 minutes at a time. Once the timer went off, he was allowed to put it away until later. And I didn't require much else in the way of handwriting on the days he worked on it. I know he's still building up strength in his hand, so there's no need to push at this point. 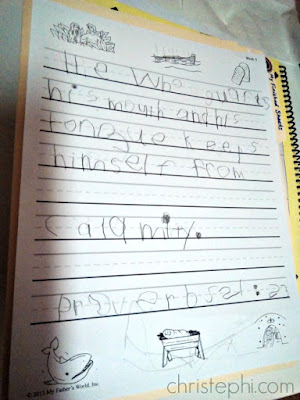 On Wednesday we had our little Writing Strands class.  The girls read their completed practical joke stories and started in on the next lesson.  The girl who joins us had quite a struggle getting the idea of putting words in someone's mouth to show what they thought rather than just telling what they did, but in the end she did great!  Here is her story about a trick played on a bully. 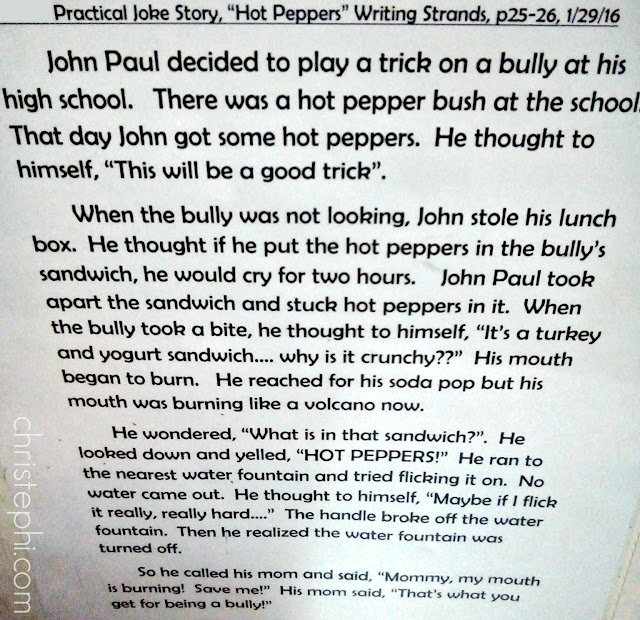 I didn't get any pictures from the end of the week as a weather system moved through our area and brought me a persistent migraine.  No headache now though, so hopefully I can get a lot done around here this week.  It's supposed to be cold and blustery, so it'll be a good week for staying in and doing chores.
Posted by Christephi at 8:11 PM