I had most of Miss M's Halloween costume done a while back...just never got around to taking pictures of it until now.  It's based loosely on McCall's 5732, but I really only used the pattern for the vest...and even then I modified it.   For the shirt I used an Ottobre raglan pattern (I'm not even sure which one), but added width so it'd be a bit fuller.  I made it out of light green silk.  The vest as made of darker green twill and lined with brown flannel for warmth.  I patchworked together a bunch of faux suede pieces of various shades of brown for the pants and kind of made up the pattern as I went...based on the McCall's pattern style, but not using their pattern pieces and making it a separate rather than a one-piece with the top.  I used elastic in the legs and a drawstring at the waist so she can keep wearing it as dress-up clothes for a while.  I completely made up the pattern for the wings and they turned out amazingly like what I envisioned and far better than I thought I'd actually be able to pull off! 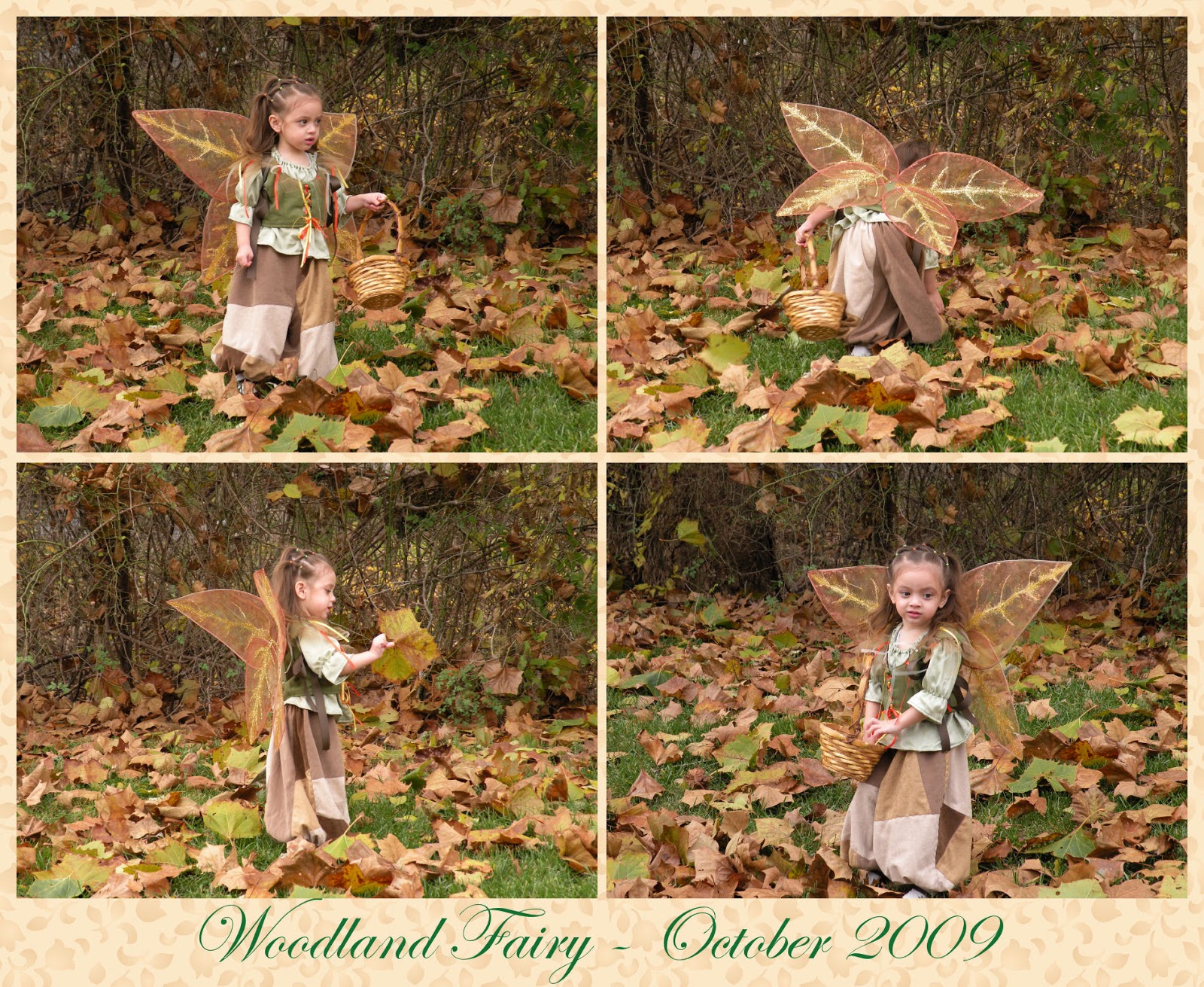 I took pictures of her in the fallen leaves in our backyard.  Somehow, looking at them on the computer, I would have sworn the entire thing was fake...fake grass, fake leaves, printed backdrop. It all looked too perfect.  But, it's not fake! It's real!  Those are real fall leaves under our sycamore tree and there was a real nippy breeze blowing as I snapped some quick shots.  She blends in so nicely...exactly what I was going for, but not at all expecting to actually be able to do!

I know I'm completely biased, but I think she's just the most enchanting creature I've ever laid eyes on!
Posted by Christephi at 11:36 AM