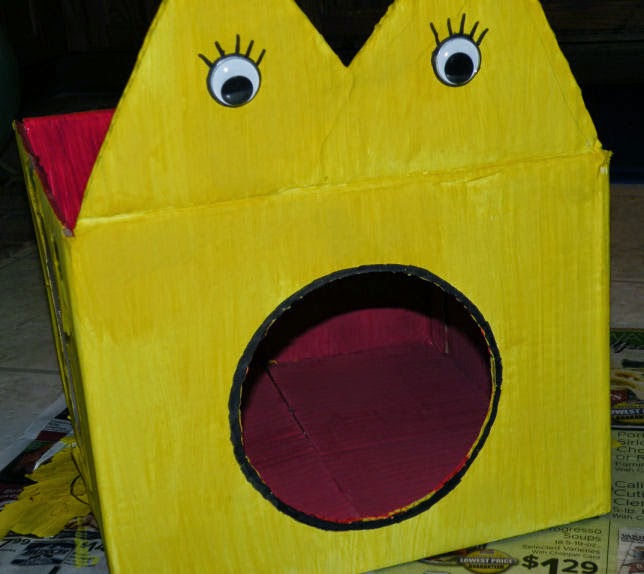 The other day Miss M was tossing bouncy balls into a shoebox and it occurred to me that she "needs" a beanbag toss game.  I used the Google blog search feature and came across this tutorial.  I scrounged around in the garage for the box and used poster paint (bad idea...it falls right off wherever there is still packing tape on the box...next time I'll do like the instructions say and get some latex interior paint). I used hot glue to secure the flaps to the inside before painting, and I hot glued a couple of popsicle sticks to the backside of the triangle "ears" to give them a bit of support. 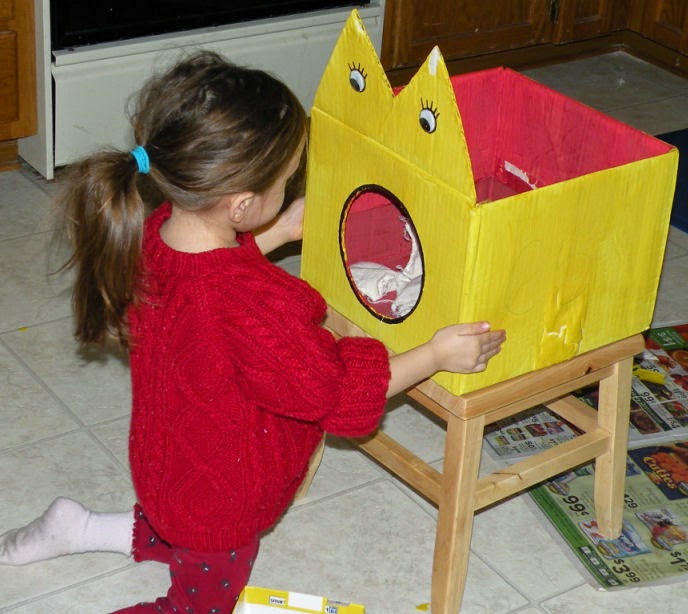 Miss M was napping when I started and when she came out, she was fascinated.  She decided where to put the eyes and as soon as they were on she said, "Now it can see us!" and promptly sat down to chat with her "monster box."  This morning I drew around the mouth and eyes with a black Sharpie.  She saw the eyelashes and said, "Is it a girl?  It's so beautiful!" and proceeded to have another conversation with the box.  She's really quite enamored of the googly eyes!  Later on she told me, "Mama, it isn't talking much.  She's kind of shy." 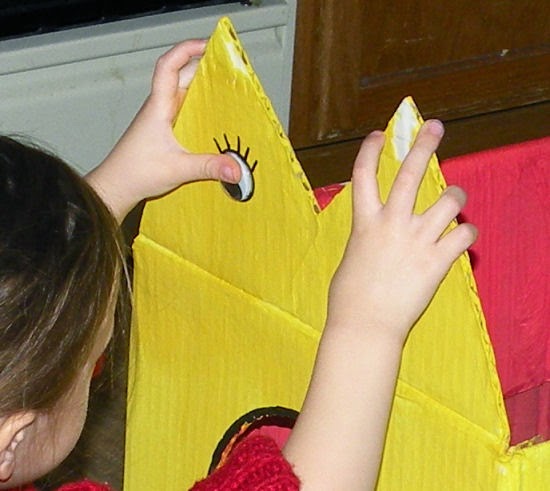 After breakfast I showed her how to play the game.  She's been "feeding" her box ever since, though not always from much of a distance. 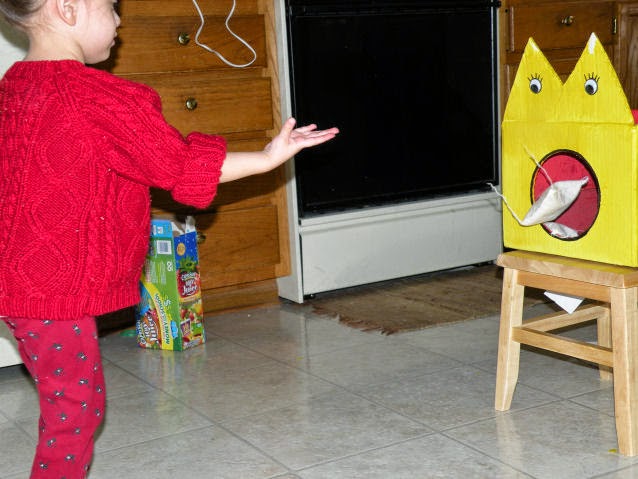 The beanbags are plain unbleached muslin filled with old popcorn kernels (my grandpa grows popcorn; my dad had it for years and it tastes a bit musty when popped).  Miss M loved helping me funnel the popcorn in to the beanbags.  She ran off with them before I even had a chance to clip the excess serger thread.  Overall, I'd say it's a monstrous hit, despite the flaking paint and untrimmed threads!
Posted by Christephi at 7:29 AM