Have you seen a bilibo yet?  It's an open-ended toy developed in Switzerland.  Miss M's arrived today and it was an instant hit!  I let her help me open the package.  When he pulled out the bilibo, she said, "What is it, Mama?"  "It's a bilibo.  Why don't you sit in it?"  That's all it took for her to get started.  She quickly figured out several uses for her new toy. 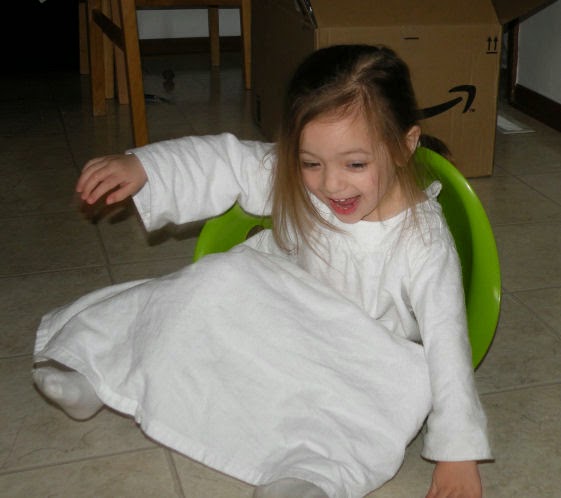 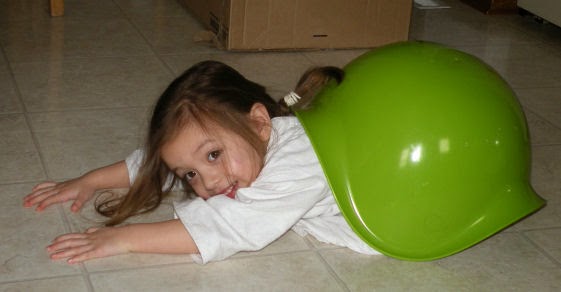 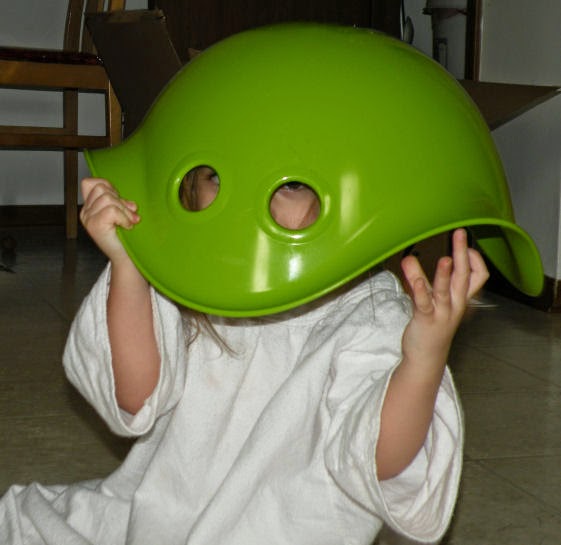 Little E isn't quite big enough for such active play, but he was content to stare at his little friend with eyes full of deep and expressive things to say, occasionally bursting out with "ah-goo" to emphasize the silent understanding passing between the two of them. 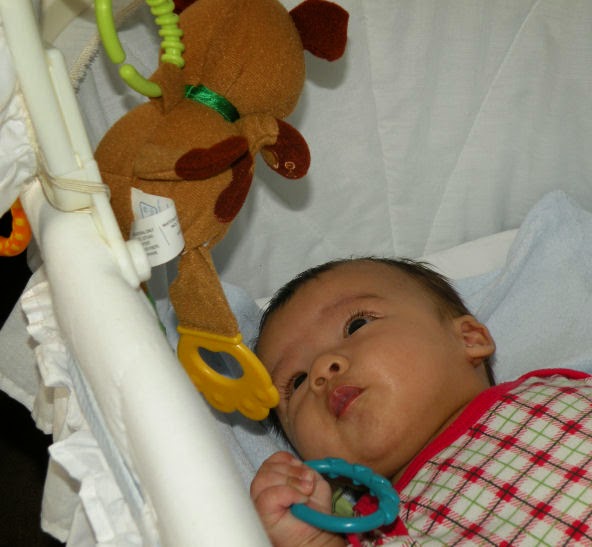 And that was our happy Thursday!  The dishes remain unwashed; the laundry clean, but unfolded.  Quality time was spent snuggling, playing, and laughing together.  I wouldn't change a thing!
Posted by Christephi at 4:57 PM