The new year has welcomed us, not only with subzero temperatures, but with a few more inches of snow (on top of the foot or so we received at Christmas).  As it's hubby's last day home before going back to work tomorrow, I decided to make snow ice cream.  My mom used to make it when I was a kid.  We always followed two rules...it had to be gathered the second day of a storm (the belief being that the first day, the snow gathered dust and smog out of the air and would be dirtier coming down) and it had to be gathered by setting out a bowl to catch it as it fell, no scooping up already fallen snow.

Today I set out a metal bowl and collected a sufficient amount of snow (7-8 cups).  In a separate bowl, I mixed together a half cup of sugar and a cup of milk with a dash of vanilla.  Miss M helped by pouring it over the snow.  Mix well, serve and enjoy!  I was just like I remembered it. 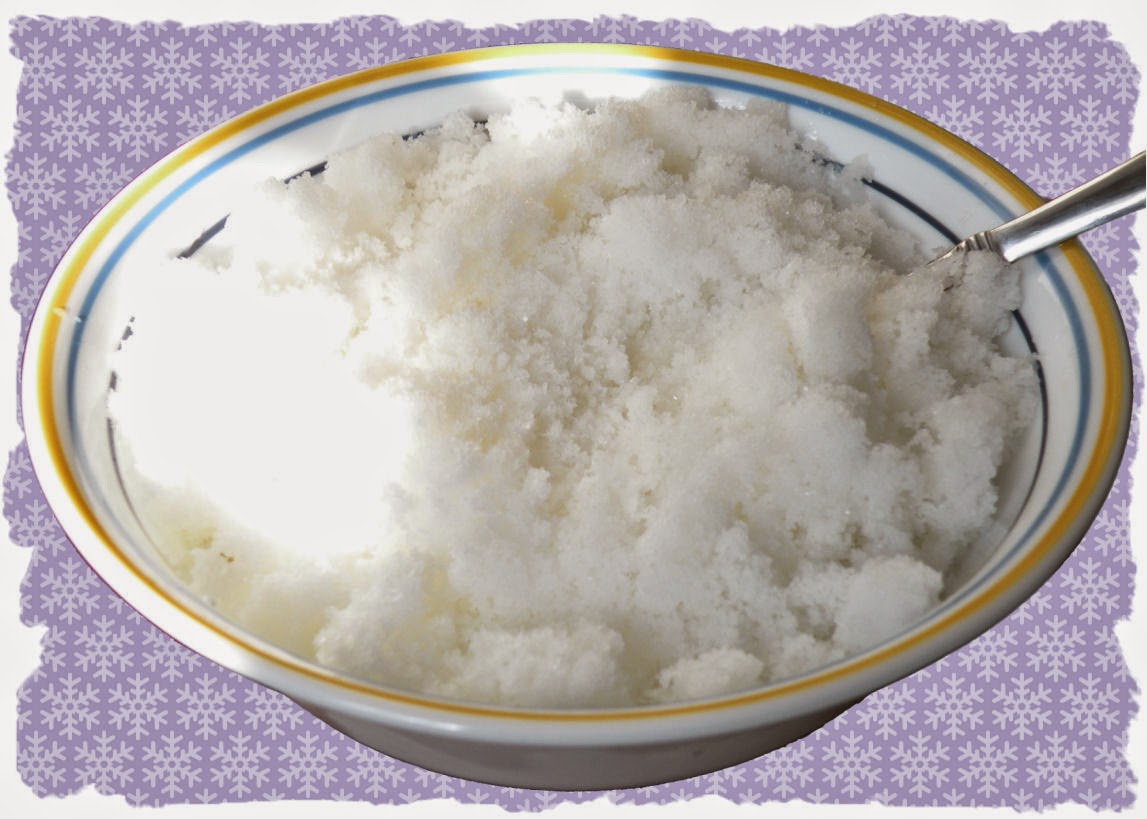 Posted by Christephi at 8:25 AM