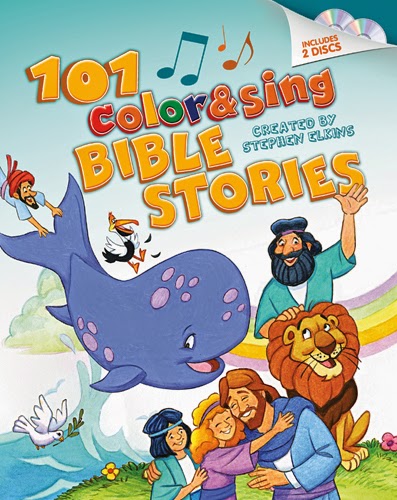 I've never been a particular fan of Bible storybooks or toddler Bibles.  See, nothing can quite compete with my memories of my own childhood Bible storybook.  (I spent lots of time pouring over The Bible in Pictures for Little Eyes by Kenneth Taylor, which has since been "updated" with cartoonish illustrations rather than the beautiful artwork of the original.)  Even before I could read, I would feast my eyes on the artwork; later when I could read, I revisited an old familiar friend.  In spite of this, I've always been drawn to children's Bibles, perhaps hoping the next one I pick up will be as good as the one I remember from my past.  They're cheery and cute and appealing, even if I never do become a big fan of them.

When I received a copy of 101 Color & Sing Bible Stories, I wasn't overly enthusiastic.  Still, I vowed to give it a chance and keep an open mind.

This Bible storybook is a bit different than others I've browsed.  Through the use of two accompanying CDs, this book incorporates book, coloring pages, and music -- all things small children love! 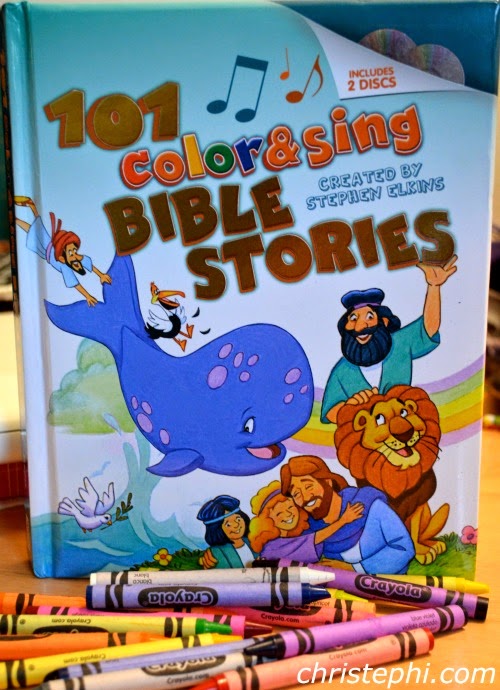 I have to say, these are some pretty impressive features!  And I know for certain my kids will enjoy the coloring pages and songs (even the 7 year old!).  If I were teaching Sunday School or VBS or a backyard Bible study for kids, this book would be a tremendous resource.  In fact, for preschool, you really wouldn't need anything else (other than crayons, a printer, and a CD player).

I accessed the songs and printables on both PC and Mac with no problems at all. 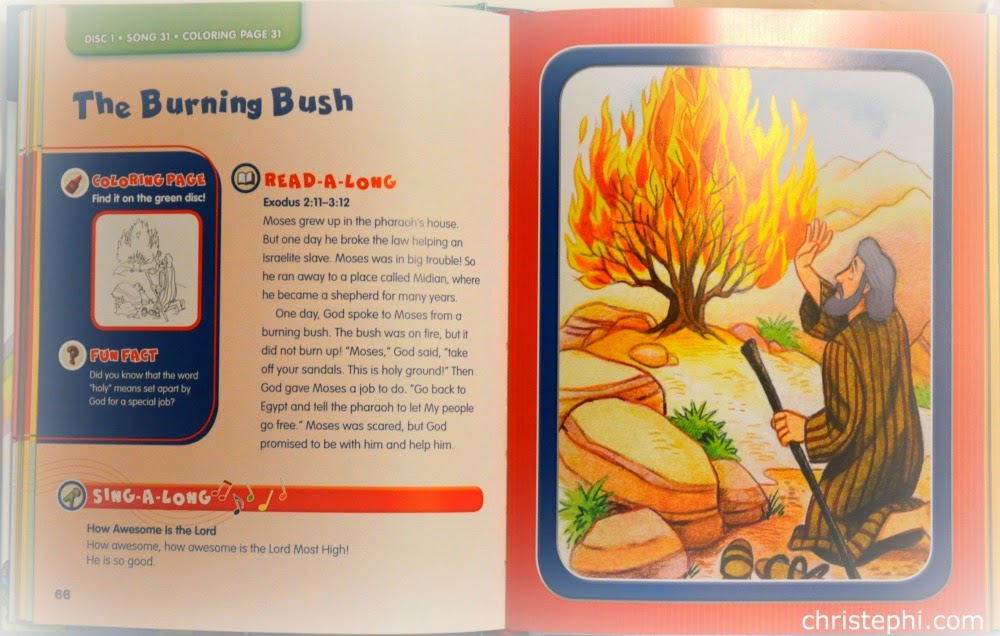 The description on Tyndale's website says that each coloring sheet includes a key Bible verse that can be colored along with the picture; unfortunately, that is not the case.  The pictures for coloring do not include any words at all.  If you were intending this for preschool children, no Bible verses is not really a big deal since they can't read anyway; but if you were planning to use the pages with older kids, it's a bit of a problem.  I'd have really liked to see the Bible verses included as the description states. 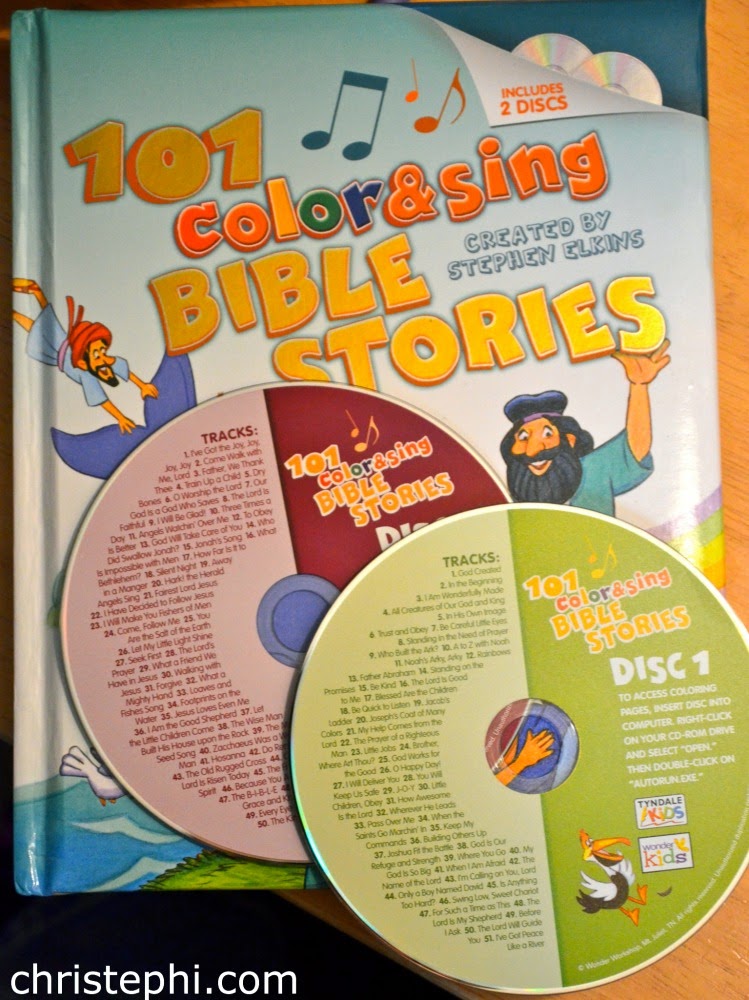 If you're in the market for a Bible storybook, this one is as good as (possibly even better than) any I've seen on the market today.  The 101 well-done songs alone are worth the price tag!

I received a copy of this book from Tyndale House Publishers for free in exchange for my honest opinion. If you'd like to get free books too, please sign up here.

Posted by Christephi at 7:55 PM No comments:

Welcome back!  We spent a couple weeks setting the stage for our year (Part 1, Part 2) before learning about our own country (Part 1 and Part 2).  We decided to visit our neighbors to the north before heading south to Mexico.  That way we could study several Spanish-speaking countries at once instead of splitting them up.  We "flew" into Ottawa and spent three weeks exploring Canada.

We listened to John 3:16 in French and read about the Garifuna in Window on the World.  We read about William and Catherine Booth in Hero Tales.  There isn't much hands-on to show you, but the kids do enjoy the readings very much! Most of our language arts have been integrated in other subjects these past weeks.  We're still using the copywork pages from Mama Jenn for Hero Tales and geography terms.  Between that, spelling, and memorizing a poem, we've got it covered!  To go along with our study of caniforms and our stay in Canada, we read The Bears on Hemlock Mountain.  It was a huge hit with the kids!

The kids made Canadian flags with handprints for the maple leaf. 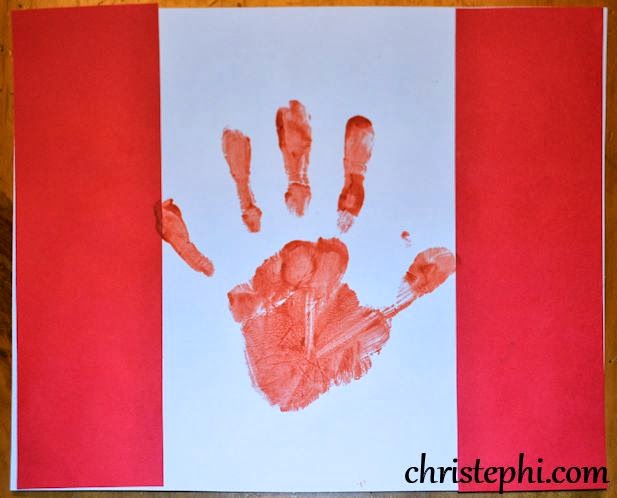 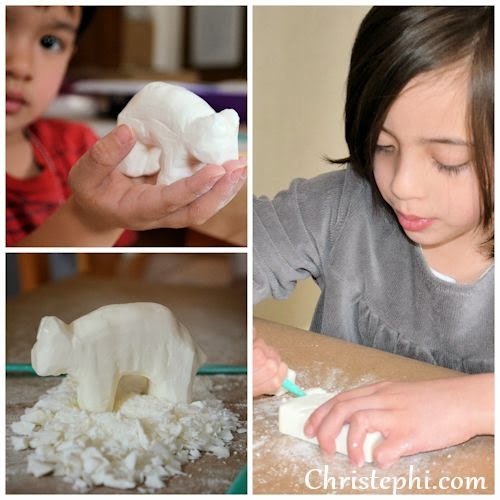 And we carved polar bears out of ivory soap the way the Inuit people carve from bone or soapstone.  Did you know the term Eskimo is now considered offensive?  When I was a kid we learned about Indians and Eskimos; now kids learn about Native Americans and First Nations.  It's sometimes difficult to keep up with the changes in semantics (starfish, anyone?), but it's important to make a lifetime habit of learning...even for old mamas!

In science we've nearly wrapped up our study of caniforms.  To celebrate, we took a trip to the zoo!  There we looked for as many caniforms as we could find.  Miss M even rode a caniform on the carousel!  (It was an African Wild Dog.) 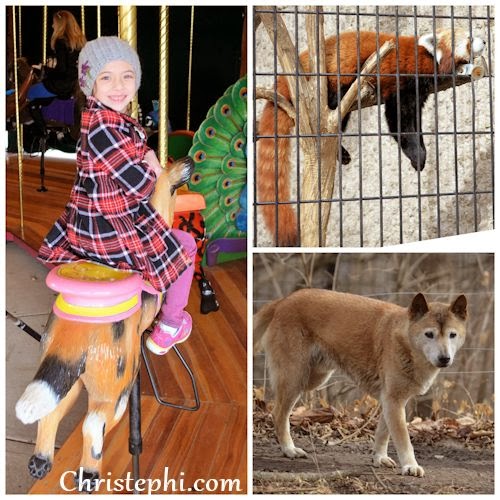 Of course, the highlight of our zoo field trip was visiting Nikita and Berlin the polar bears!  Such magnificent creatures!  We're hoping along with the rest of Kansas City that sometime soon we'll have wee polar bear cubs to visit. 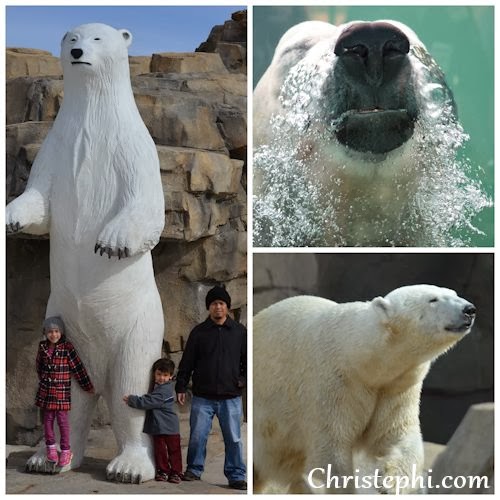 Did you know that polar bears' skin is black?  God had a good reason for designing them that way.  We did an experiment to show that black is warmer than white! 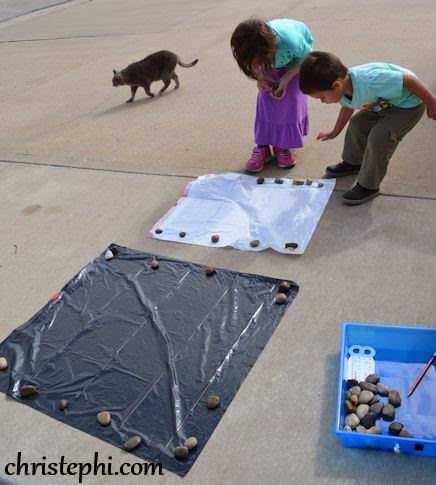 To wind up our stay in Canada, we ate poutine, a dish of French fries and cheese curds with gravy. It was delicious! 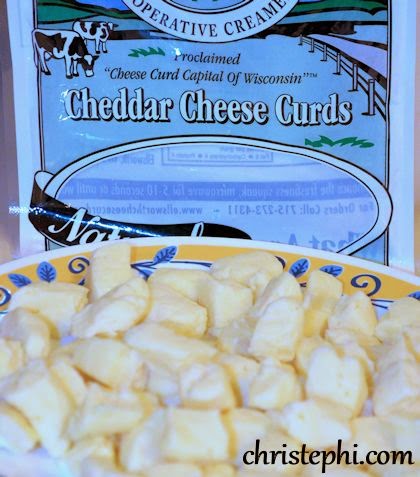 We had lots of fun learning about Canada, its geography and culture, and we're looking forward to our travels South of the Border!
Posted by Christephi at 2:31 PM No comments: