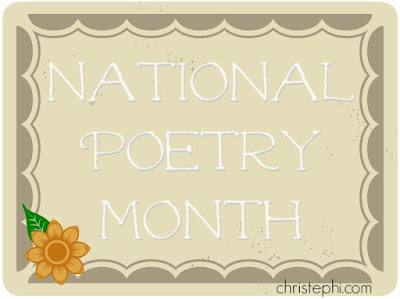 I have a bit of a love-hate relationship with poetry. There are some poems I adore, poems that are like a drink of cool water to my soul. There are other poems that I utterly despise; they are like fingernails on a chalkboard to my soul or, worse, like a slow death by boiling. Some of the most enjoyable poems I’ve ever read are John Piper’s Advent poems.

In college I picked up a book of poems at the university bookstore and decided I couldn’t live without it. I sacrificed three days’ worth of lunch money to buy it! And yes, it still holds a place of honor among my favorite books of poetry.

Now there are thought-provoking poems and sorrowful poems; poems about nature and poems about people; and then there are goofy poems. In honor of National Poetry Month the kids and I wanted to share one of our favorite books of lighthearted poems with you. It is called When the Aardvark Parked on the Ark by Calvin Miller. If you enjoy zany poems that make you snicker, ones that you simply must not take too seriously, then you are sure to love this book just as much as we do! 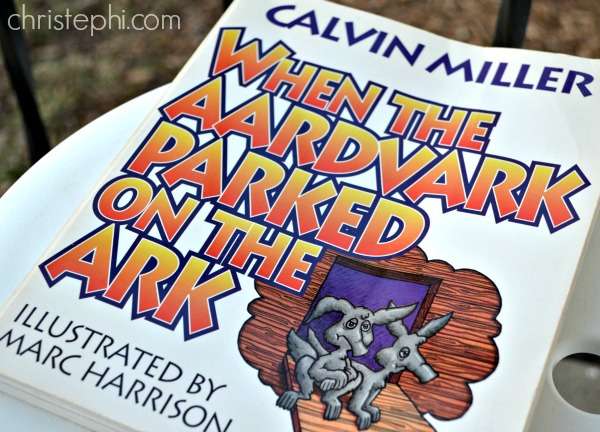 With silly titles like “You Can’t Build a Steeple That’s Taller than God,” “A Glutton Can’t Button His Shirt,” and “Pharaoh’s Galoshes,” it’s hard to know where to begin! But among all the delightful gems, it is probably “Jonathan Herrington Barrington Green” that delights us the most. It is certainly the poem that gets recited around the house the most! Perhaps it’s because as children — either ourselves in younger years or our kids now — we have all experienced being made to eat something that we didn’t prefer. So here for your entertainment is the tale of poor, foolish Jonathan Green. 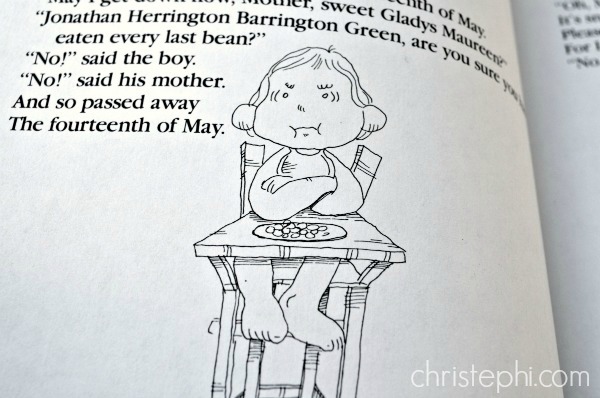 “You can’t get down ‘till you’ve finished your beans,
Jonathan Herrington Barrington Green!
It just isn’t right to eat what you please
Seventeen helpings of ‘toni and cheese,
One half a pie and a strawberry freeze
And not finish one little helping of beans!”
On the thirteenth of May, [ninety two seventeen]
Johnathan Herrington Barrington Green
Looked at his plate of uneaten beans
And said to his mother, Gladys Maureen,
“I won’t eat these veggies. I hate these green beans!”
“Then you’ll never get down,” said his mother.
So he sat there all day and looked far away,
And all through the night ’til the fourteenth of May.
“May I get down now, Mother, sweet Gladys Maureen?”
“Jonathan Herrington Barrington Green, are you sure you have eaten every last bean?”
“No!” said the boy.
“No!” said his mother.
And so passed away
The fourteenth of May.

Another year passed, then twenty-one more
And Jonathan’s mother was now eighty-four
And the beans didn’t look so good anymore.
“Please, Mother, these beans are too old — May I go?”
His mother was aged but firmly said, “No!”
Jonathan Green never left home again.
He never played football or made a new friend.
He nevermore studied or traveled or wed.
For fifty-five years he never ate bread.
He never slept in a fluffy soft bed.
In his ninetieth year when his beard had grown long
He choked down the beans by the light of the moon.
“Mmm! These weren’t so bad!” said Jonathan Green,
“I wish now I’d listened to Gladys Maureen.”

This article was originally published in April 2015 by Home & School Mosaics.

Email ThisBlogThis!Share to TwitterShare to FacebookShare to Pinterest
Labels: Calvin Miller, poem, poetry, When the Aardvark Parked on the Ark